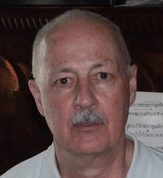 I am originally from St. Paul, Minnesota, and got my BA in physics at St. Olaf College (Northfield, Minnesota) and Masters in physics (solid state physics) at Purdue University, West Lafayette, Indiana. After that, I spent four years in the active Air Force as a commissioned officer in communications electronics, radar, and computers, and then I received my law degree from New York University Law School (1977); I practiced intellectual property law in New York, NY from 1977 until 1985, concentrating in patents, trademarks, and intellectual property litigation, and have been practicing in these same areas of law in Syracuse from 1985 until the present. I also served in the New York Air National Guard and U.S. Air Force Reserve in communications electronics, computers, and radar systems, and then in the at Headquarters USAF (at the Pentagon) until 1994. My practice has been as a sole practitioner in patents, trademarks and copyrights since 2000.
Direct Phone:  (315) 422-4323; direct email: [email protected]

Personal
I live in the City of Syracuse, on the North Side, with my wife Leslie. Our daughter got her PhD at U. Pitt, and now teaches at Miami of Ohio.  Outside the office I am active as a musician in the trombone section of a couple bands.